A real lyricist by definition, H3RO’s verses touch on both personal and political matters facing today’s generation. When listeners press play on a H3RO track for the first time, there’s usually more than one topic up for discussion. He describes himself as a genuine artist who is creative, real, and inspirational. Others often describe his music as an ingenious blend of genres. This variety presents itself in his cross genre music, where he often successfully blends hip-hop and alternative.

H3RO delivers an engaging live show complete with the support of a full band, putting a unique spin on a typical hip-hop show. He always brings a solid audience that consistently throws support his way. He plays a combination of hip-hop hits and crafty originals. H3RO’s lyrics are not only relatable but intricate and metaphoric. His songs have mass appeal and feature a wide variety of Columbia hip-hop legends. 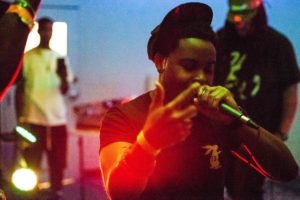 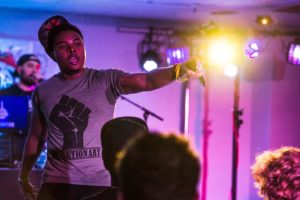 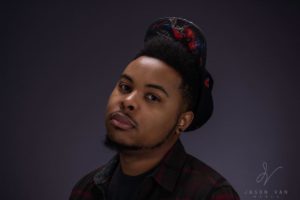 “Of all the Columbia emcees watching the throne of scene leader Fat Rat da Czar, H3RO is better poised than most to rise to the top of the city’s too-often overlooked hip-hop landscape. Like the superheroes he idolizes, H3RO is two men in one — by day, he plays the role of the underdog, complete with classic nerd interests and a flamboyant sense of humor; but when the cape goes on, he charges the mic like a lyrical bull, eloquently venting frustration and moxie while self-doubt and hubris do battle for his soul.”  — Michael Spawn, Free Times

“H3R0 is one of the most inventive hip-hop artists on the local scene, mixing comic book mythology, a frantic, tense flow and some serious lyrical vulnerability into a persona that stands out among the typical braggadocio of rap.” –Vincent Harris,Free Times

“Set to an effectively simple and gritty beat, “Tragic H3RO” — the latest single from the Columbia emcee — pulses with wounded braggadocio, lashing out with barbed intelligence at a country struggling with old prejudices and an industry rife with obstacles to success. It’s a bold new mode for H3RO, who has previously eased his harsher points with charming nerdiness.” –Jordan Lawrence, Free Times