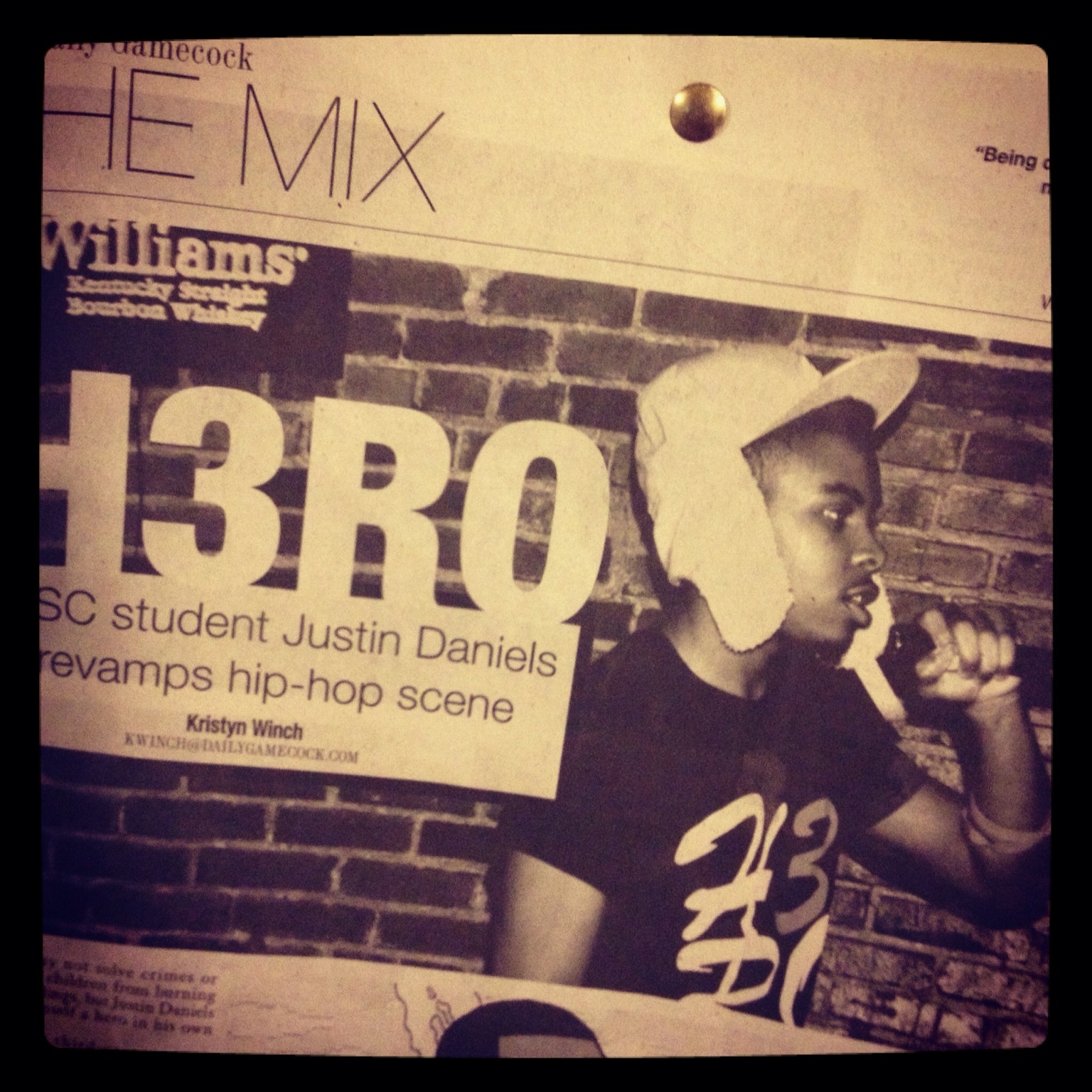 Since his first studio mixtape in 2010, H3RO has been attracting media attention and making a name for himself in the underground Carolina music scene. Born Justin Daniels, he grew up listening to hip hop with an affinity for lyrics and poetry. A student of the great Nasir Jones, the name H3RO manifested in 2008 after the “Hip Hop is dead” emcee dropped the single “Hero” off his untitled album. Daniels felt it was up to him to save hip hop, and from that point onward began to record and perform under the name “Hiro”, which later became “H3RO” with “3” being his lucky number and a way to differentiate himself from others. 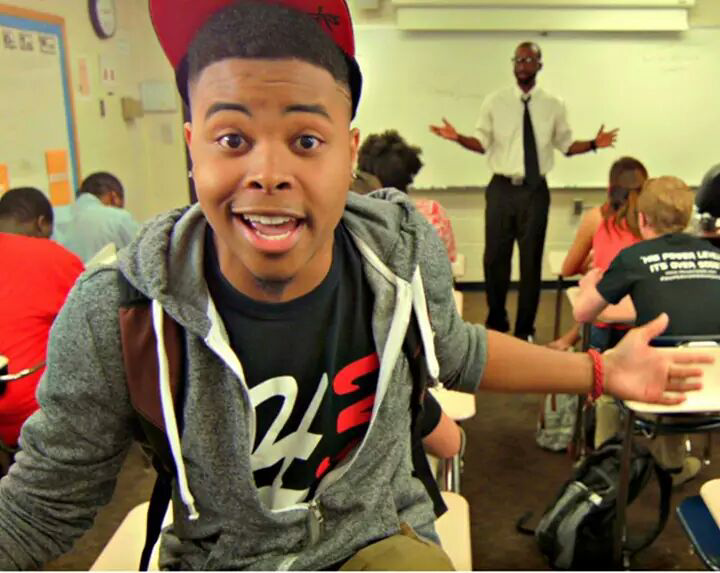 H3RO draws influence from many genres, although his heart comes from hip hop. Lupe Fiasco was an early inspiration, and “Food and Liquor” remains one of his favorite albums to date. He studied the flow patterns of Phonte from Little Brother, The story-telling bars of the Cunninlynguists, and multi-syllable rhymes of Eminem & Nas, while taking notes on the braggadocio Jay-Z & Kanye West presented. Daniels still hopes to capture the essence of Lauryn Hill from her “mis-education” era and incorporate its earthy brilliance into his own, while staying tuned to current greats such as J. Cole and Kendrick Lamar. With these, and influences outside of rap such as Linkin Park and A Day to Remember, H3RO has the potential to break the mold of the traditional rapper and become something more.

“One of the most brilliant voices on Columbia’s rap scene” Eric Tullis, The Free Times 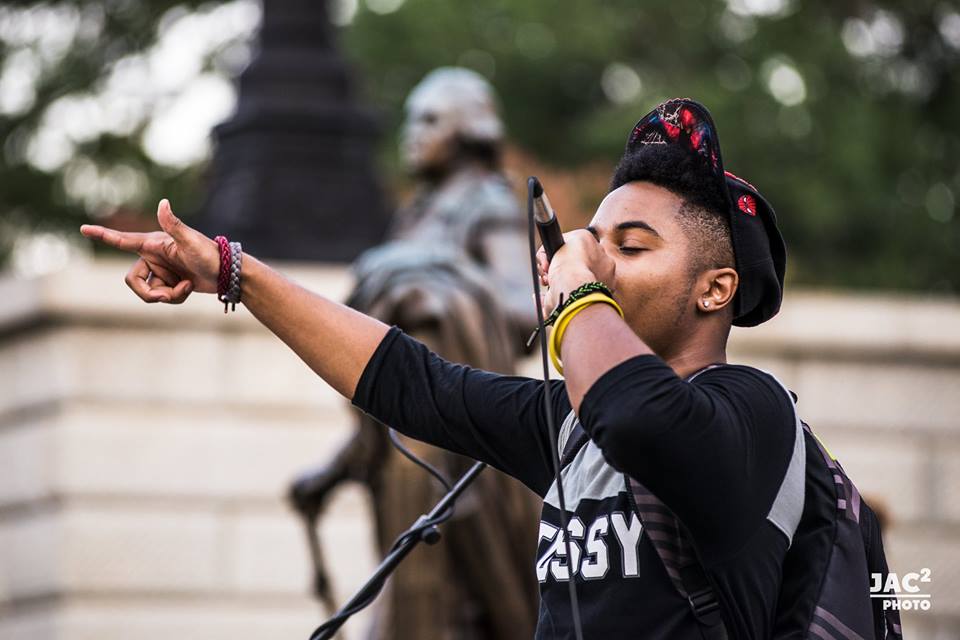 When asked about what he wants to do with his music, H3RO Said, “I’m not so much here to save hip hop anymore. I think that era has passed. But I do feel like it’s my job to produce meaningful music, and still use it as an outlet to exhibit my take on issues we deal with from day to day.” H3RO’s first release, “Between The Panels”, is a return to this exact way of thinking, spurred by the single “Be Something” that aims at the youth in an attempt to spark a revolution to follow their dreams. In the same breath, H3RO brings up social problems such as on “City under Siege”, a homage to his city and the necessary evils he became used to growing up there, and even still attack the industry/social norms with his single “No Rules”. 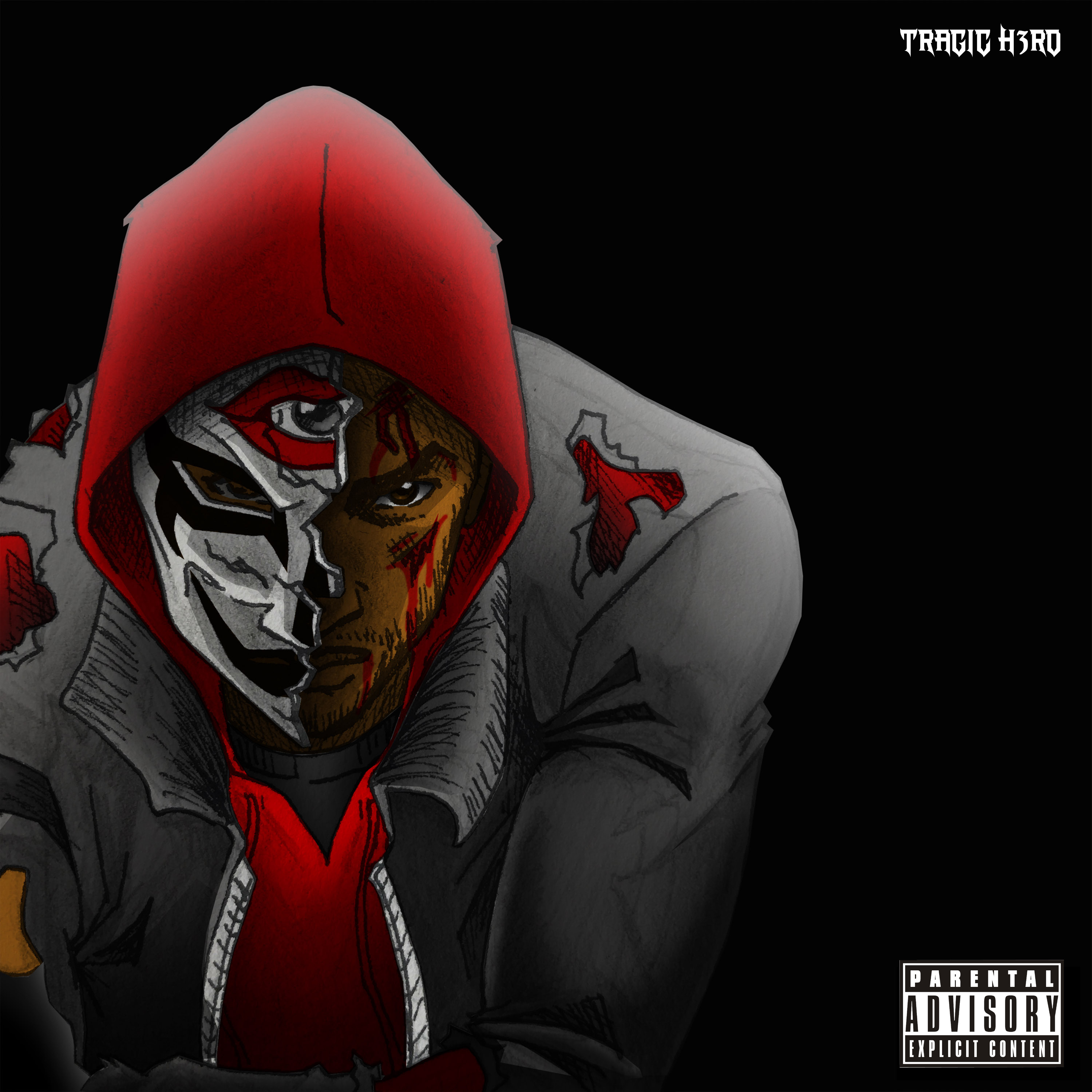 In July 2018 H3RO released his 2nd full-length effort, “Tragic H3RO”, that tells the story of the fall of a hero to the faults of hubris and power.  He challenges government power on the song “PWYOM” featuring carolina king FatRat Da Czar, while in the same breath speaks on dealing with depression and learning to celebrate small victories in the song “Can I be Happy?”  He is currently working on a follow up with many plans for 2020 forward. Stay Tuned for more on Your H3RO.

“Deftly skates the thin line between the underground and the mainstream like Wale or Jay Electronica” Patrick Wall, The Free Times

“Of the newer crop of emcees in the capital city, Justin Daniels, who raps under the moniker H3RO, is one of the best.  His december release Between the Panels, despite its DIY sensibility, plays like a masterclass in how to embrace youthful swagger with a keen sense of history” Kyle Petersen, Jasper Magazine

“On the cover of Tragic H3RO, which ultimately arrived last summer, the H3RO character at the center of the rapper’s loose conceptual narratives, looks rough — his coat torn, his face bloodied, his mask smashed. But the artist known as H3RO emerges triumphant. His bars are kinetic and rhythmically dexterous. His social commentary is bold and incisive. His swagger is genuine and overflowing.” Jordan Lawrence, The Free Times

“Tragic H3RO is a story about growth as a person and an artist. This journey comes full circle at the close of the figurative curtains. This project is a compelling and mature body of work that reframes the idea of full-length Hip-Hop albums in an era of loose singles and haphazard EPs. As I listened to H3RO spit exceptional bars, take artistic risks, and showcase talented artists from the Carolinas (shoutout to BINACT vets TWN, Cole Connor, and V Renee), I can honestly say my heart is full.”Candice Johnson, BINACT

“Before moving it to Wednesdays, The White Mule hands its open mic to H3RO, who hosts this last Monday night edition. It’s a fine choice. Not only is the Columbia rapper one of the most increasingly popular figures on the local hip-hop scene, but H3RO’s energetic style — balancing nerd-culture references with an old-school emphasis on diction and clarity, and youthful enthusiasm with biting social commentary — should prove welcoming to others hoping to show off. Jordan Lawrence, The Free Times 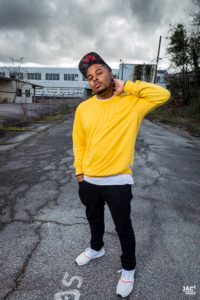 Stay tuned for more being made by H3RO, currently attempting to take over the world.